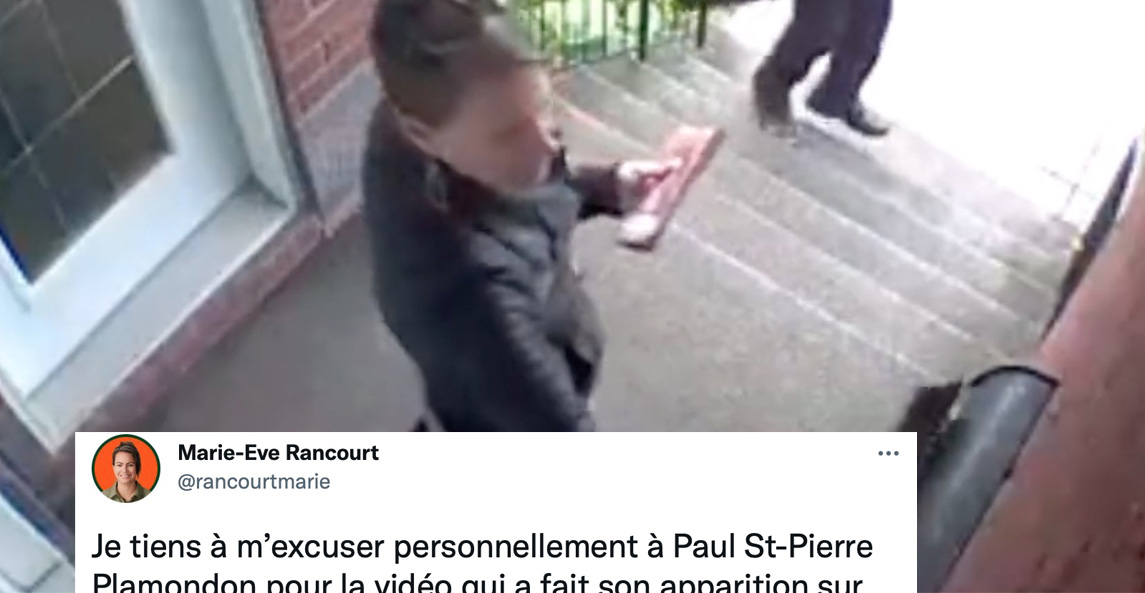 This video is likely to circulate a lot on the web in Quebec. We can see at the beginning of the video a Parti Québécois volunteer putting a flyer in a mailbox. Later, the Quebec Solidaire candidate in Camille-Laurin Marie-Ève ​​Rancourt arrives and steals the Parti Québécois pamphlet.

The candidate apologized on Twitter, she said: “I want to personally apologize to Paul St-Pierre Plamondon for the video that appeared on fb. This should never have happened. All candidates have their place in this race and I am committed to finishing this electoral sprint with respect and the rules of the art. ". (via Tokebakicitte.co)

The candidate of @QuebecSolidaire in Camille-Laurin Marie-Ève ​​Rancourt who allows herself to rummage through a mailbox to steal a leaflet from the @partiquebecois after the passage of a volunteer from the team @PaulPlamondon. 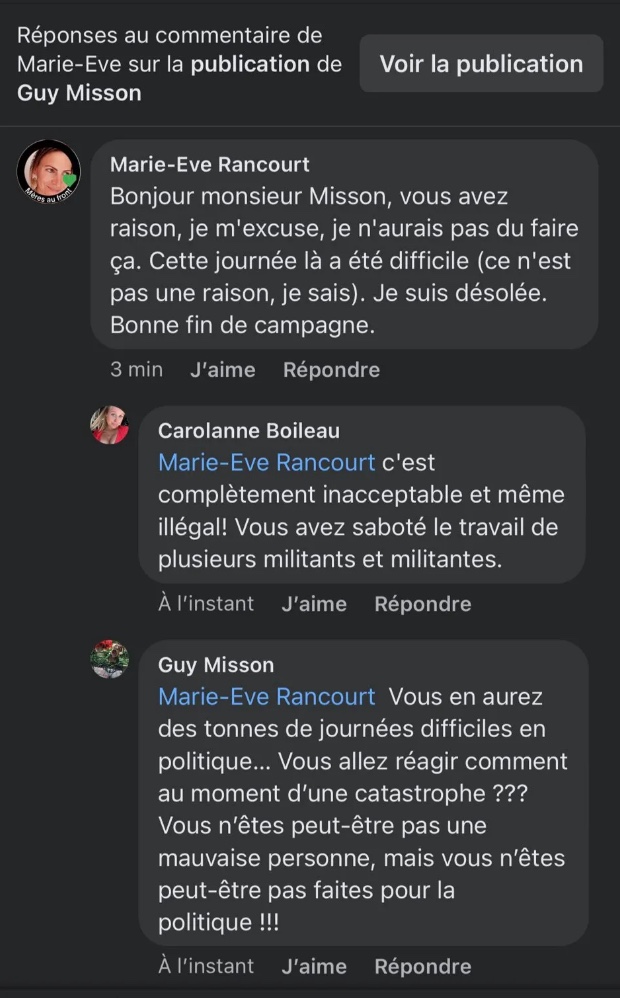 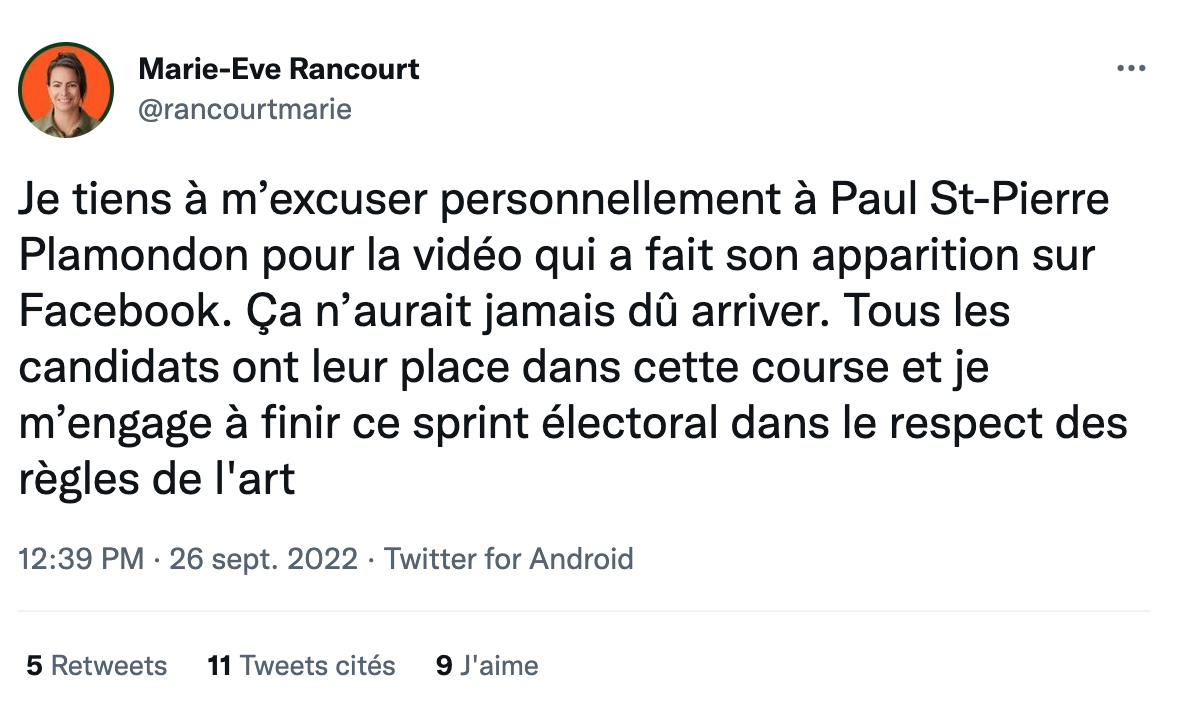 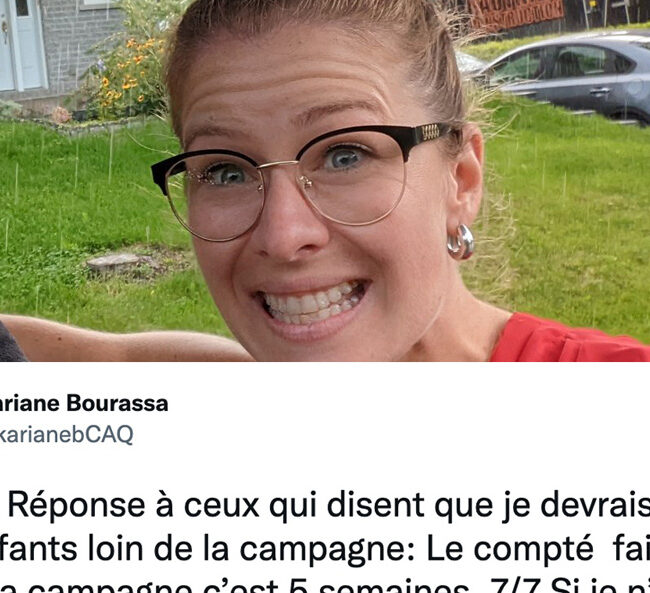 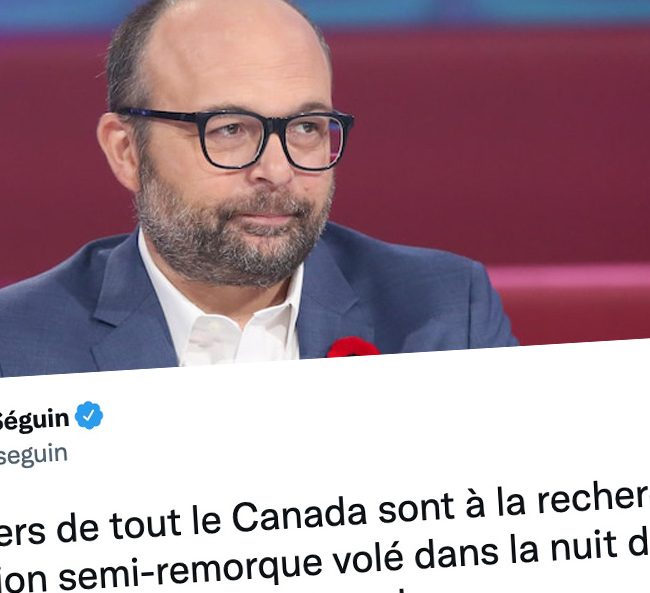