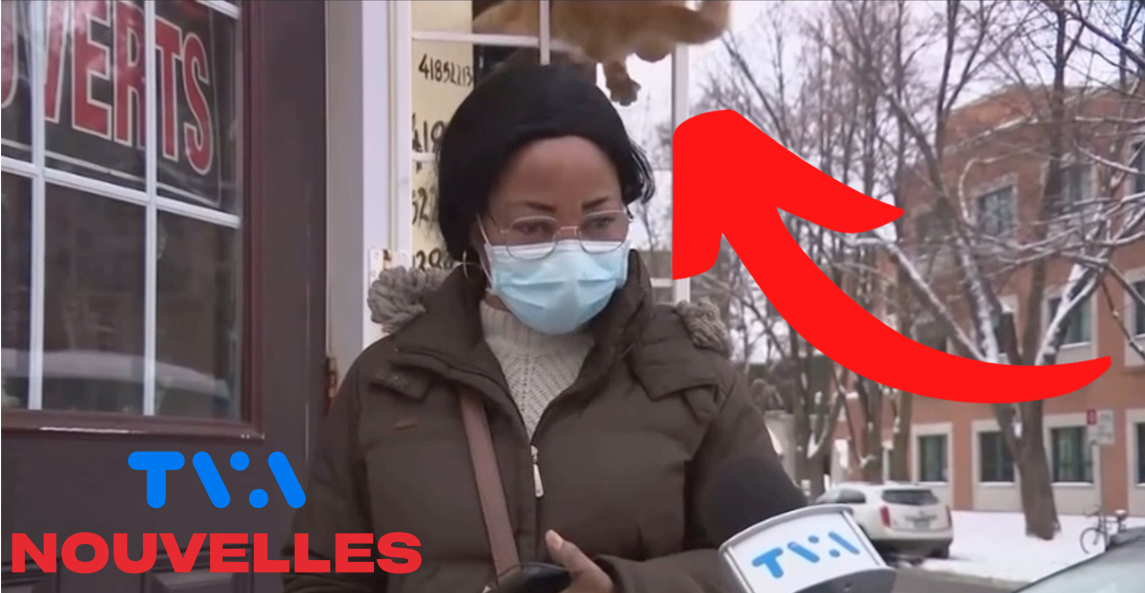 During a report on TVA Nouvelles, several Internet users noticed the orange cat which is stuck behind a person answering a question. The cameraman who was very vigilant decided to zoom out so that we can see the scene well. (via BullshitQC)

Read also: The text of TVA Nouvelles that everyone finds funny - Devastated because his Lamborghini is yellow