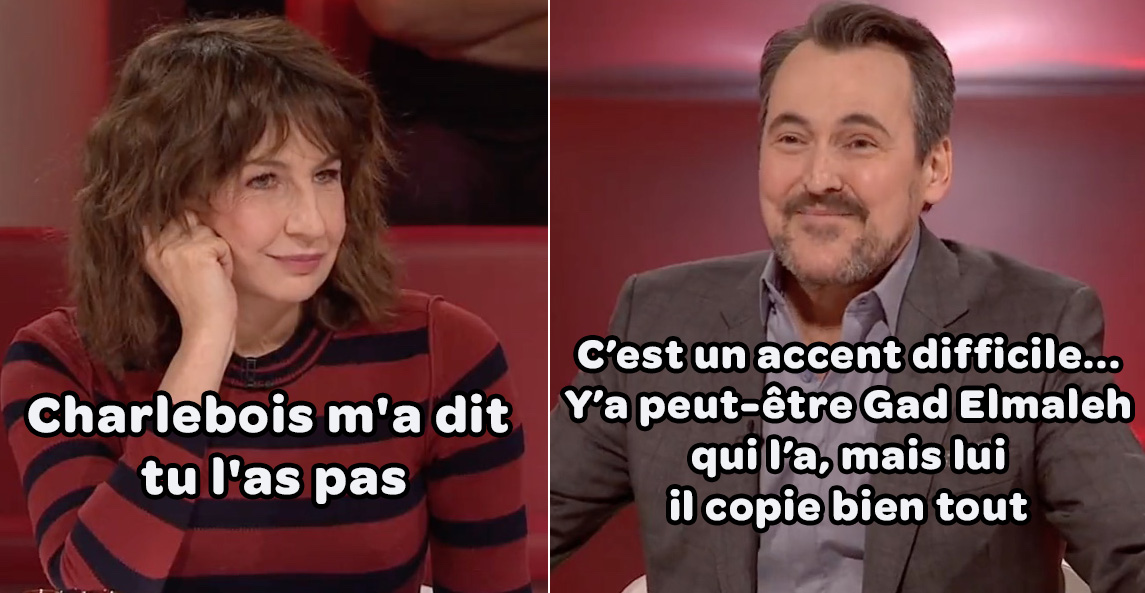 During the program Tout le monde en parle, Guy A Lepage returned to the Quebec accent of Valérie Lemercier in the film Aline. Valérie explains that today if the shooting started, she would be really better. Guy tells us that it is really difficult to make the accent here, but that only one Frenchman has succeeded. He tells us in an amused tone that Gad Elmaleh has it very well, but that he is used to copying a lot of everything.

We return to the Quebec accent of Valérie Lemercier in the film "Aline".