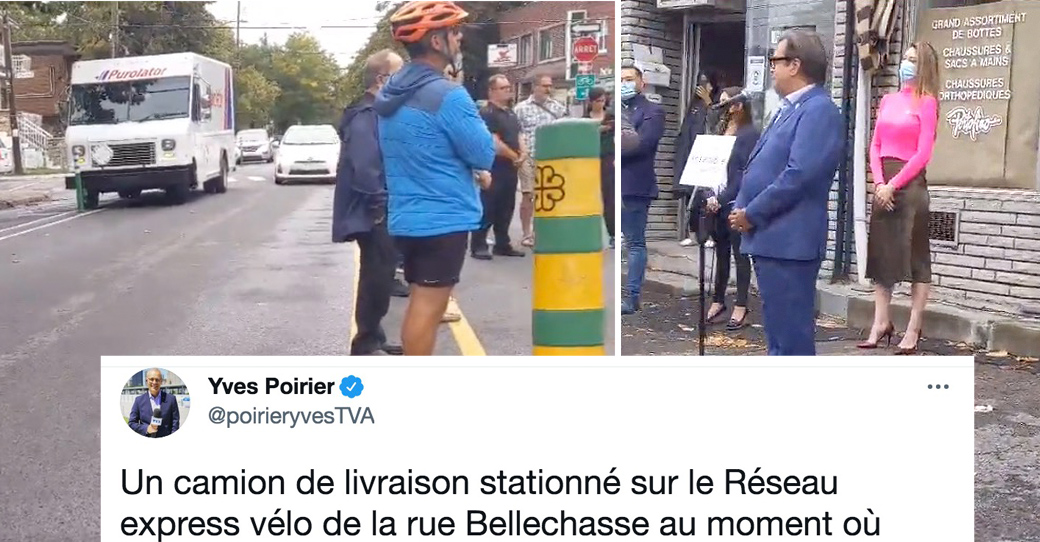 During Denis Coderre's conference on the Bike Express Network, three cars rolled in the opposite direction

During a conference given by Denis Coderre on his promise to review the configuration of the Montreal express bike network, two small incidents took place. A Fedex truck parked in a bicycle lane and three cars rolled in the opposite direction on rue Bellechasse. We can hear Denis say that it was not organized.

A delivery truck parked on the Bellechasse Street Bike Express Network when @DenisCoderre promises to review the configuration of this REV to restore parking spaces to traders.@tvanews pic.twitter.com/s055jYu0CO

During the press conference of @DenisCoderre on the express bike network that he wants to reconfigure on rue Bellechasse, three cars went in the opposite direction. A real danger, explains the candidate for mayor.@tvanews pic.twitter.com/YR90Q2FeWJ