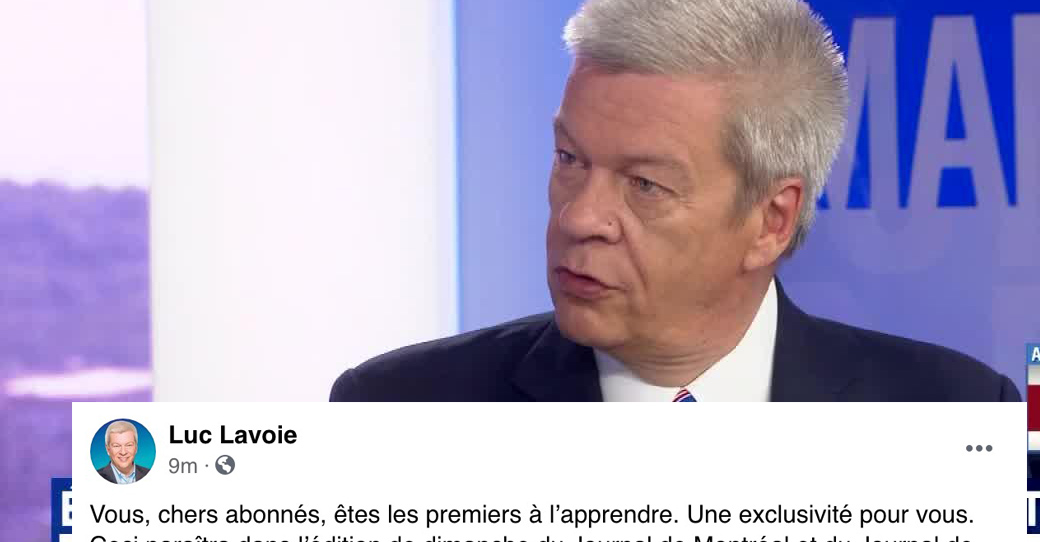 Luc Lavoie has just announced that he is back at LCN

Luc Lavoie has just announced on his Facebook page that he is back on television. The one we could hear at 98,5FM just wrote this message: " You, dear subscribers, are the first to hear it. An exclusivity for you. This will appear in the Sunday edition of the Journal de Montreal and the Journal de Quebec. Glad to see you on TV. I also continue my involvement with 98,5, the best radio station in the country. ". He also shared the article that will be published soon announcing his return to the show La joute on LCN.

Read also: LCN Antenna Chief Michel Jean comments on an inappropriate message on his origins that he received 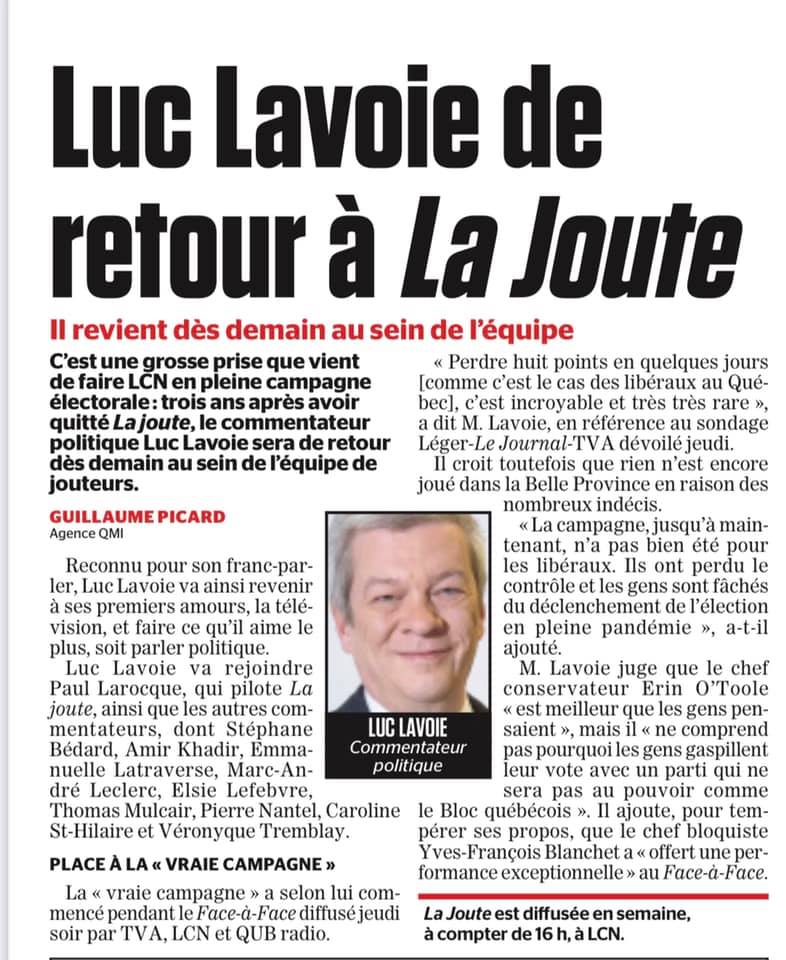