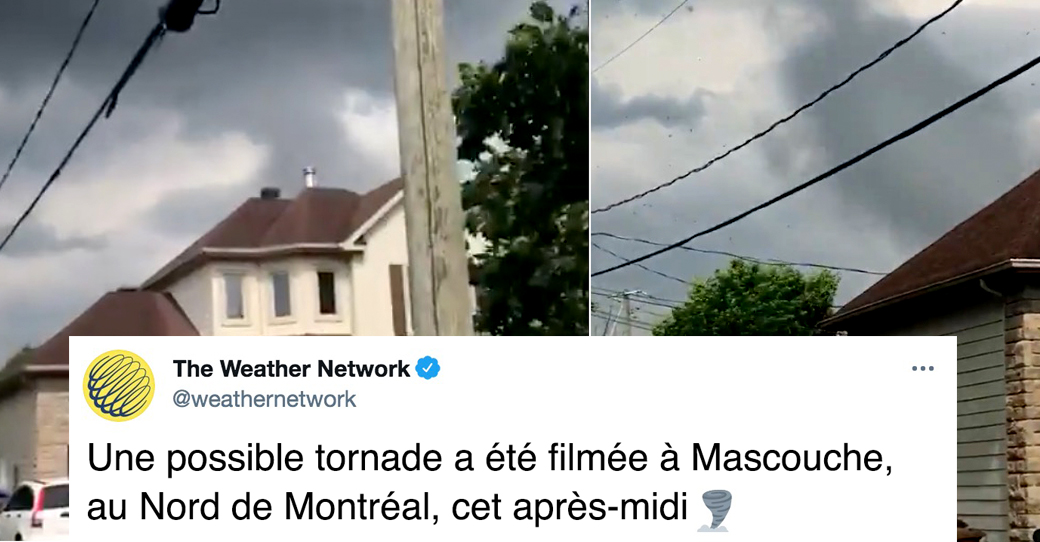 A tornado was seen in Mascouche

Philippe Meunier's daughter filmed a tornado in Mascouche. The video begins to tour the web in Quebec. Several other people mention that they saw her while driving in the streets of Mascouche. One internet user even mentioned: “ We saw him pass on rue des Ancêtres, in the soccer park near Le Prélude school! ».