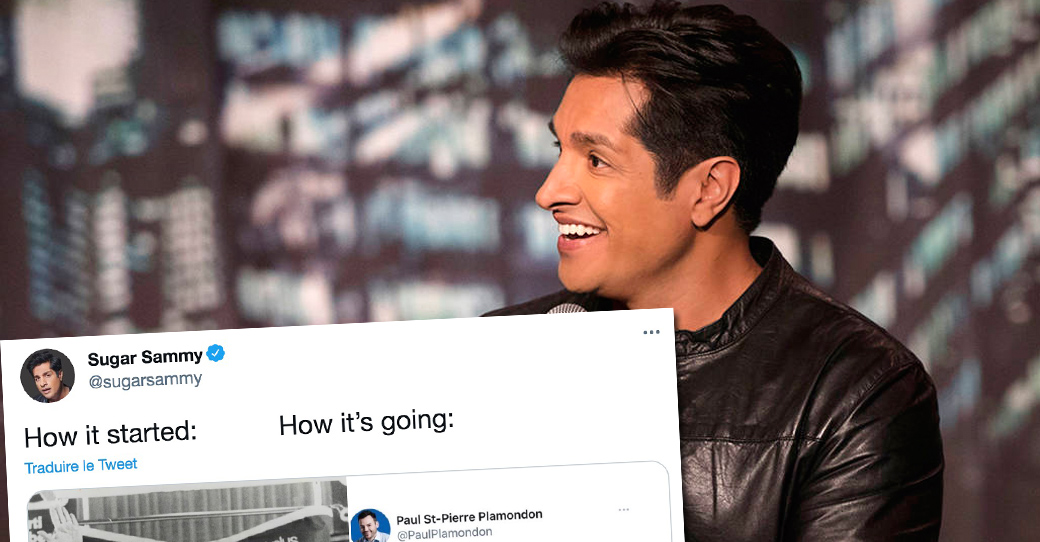 Paul St-Pierre Plamondon wants the Quebec flag to be found in the emoji bank. On Facebook he wrote: “ Today, the Parti Québécois will present a motion to mandate the Government of Quebec to make, as soon as possible, a request to the Unicode Consortium, responsible for managing emojis on major global platforms, in order to add the Quebec flag in the emoji bank. I will also be sending a letter this week to Facebook's head office in Silicon Valley asking them to add a Quebec flag emoticon to their site. ". Sugar Sammy then made a joke by comparing the different eras of the Parti Québécois. 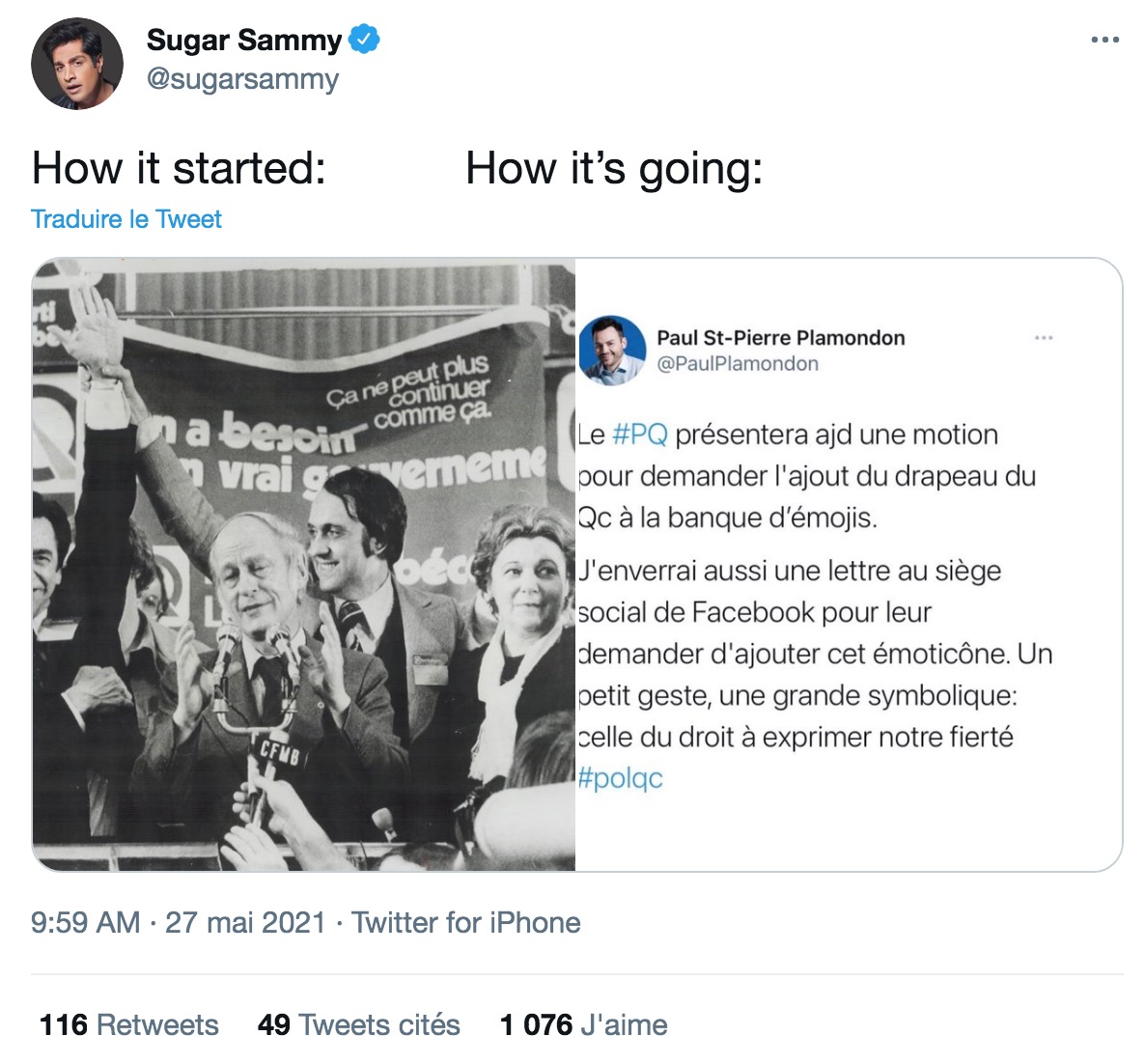 Keywords
drapeauemojiemoticonpartspaulplamondonQuébecLocal Drink'sSammysugar
previous article
MP William Amos apologizes for urinating in his coffee cup during virtual deliberations
next article
After a big hit in the 1990s, singer Kathleen is back