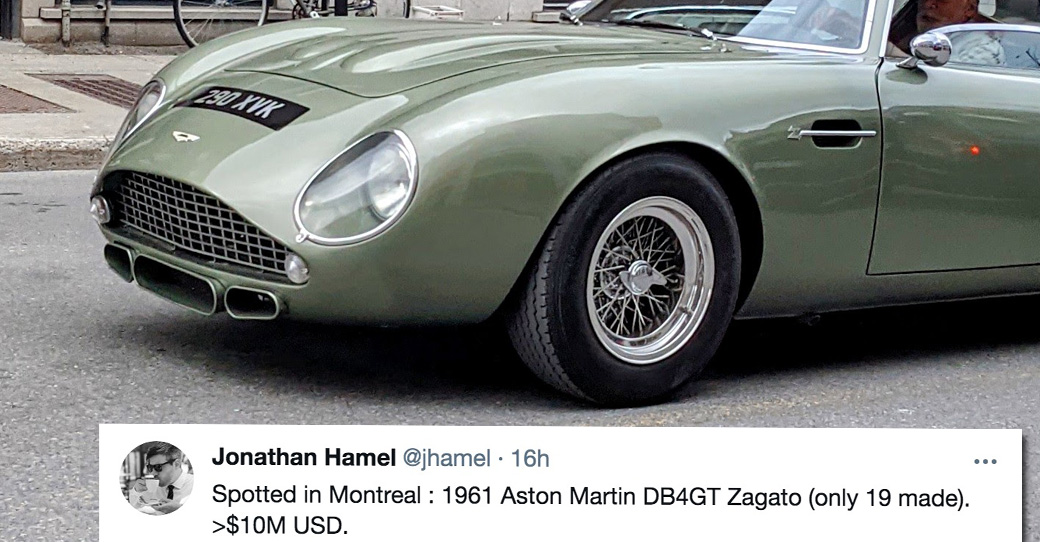 Jonathan Hamel captured a picture of a whole car yesterday in the streets of Montreal. We can see an Aston Martin DB4GT Zagato which is worth over US $ 10 million. It was produced in only 19 copies.

Read also: She blocks traffic in Montreal in a bikini-clad children's car

Read also: 15 surprising cars you might come across on the roads of Quebec