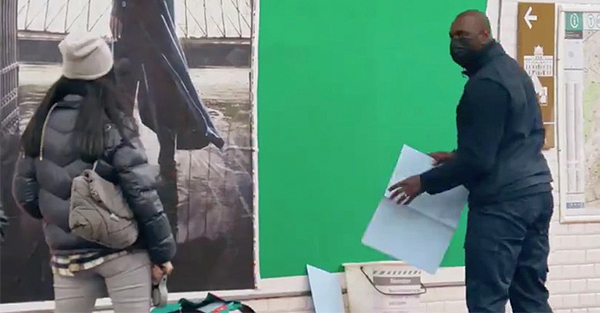 A really awesome stunt for the French series Lupine

French series Lupine, which is currently # 1 in Canada on Netflix, has just released a stunt that is circulating a lot on the web. We can see the excellent actor Omar Sy (who starred in the classic Les Intouchables) putting up a poster of the series in the Paris metro. No one notices he's on the giant poster. It should be noted that he wears a mask, but sometimes he takes it down to give the chance to be recognized. The Lupine series is inspired by the universe and the character of Arsène Lupine and has been available on Netflix since January 8.

Incognito, @OmarSy glue advertising posters for the Lupine series in the Paris metro. This stroke of genius 👏