A man makes a publication to make Internet users laugh. We can read: "Who's up for a game of hide and seek at 8pm Saturday? It's the police who count and who look for the airWith men who are cramped. Little did he know that his joke would lead a policeman to his house and leave him a note on his car. (via BullshitQC) 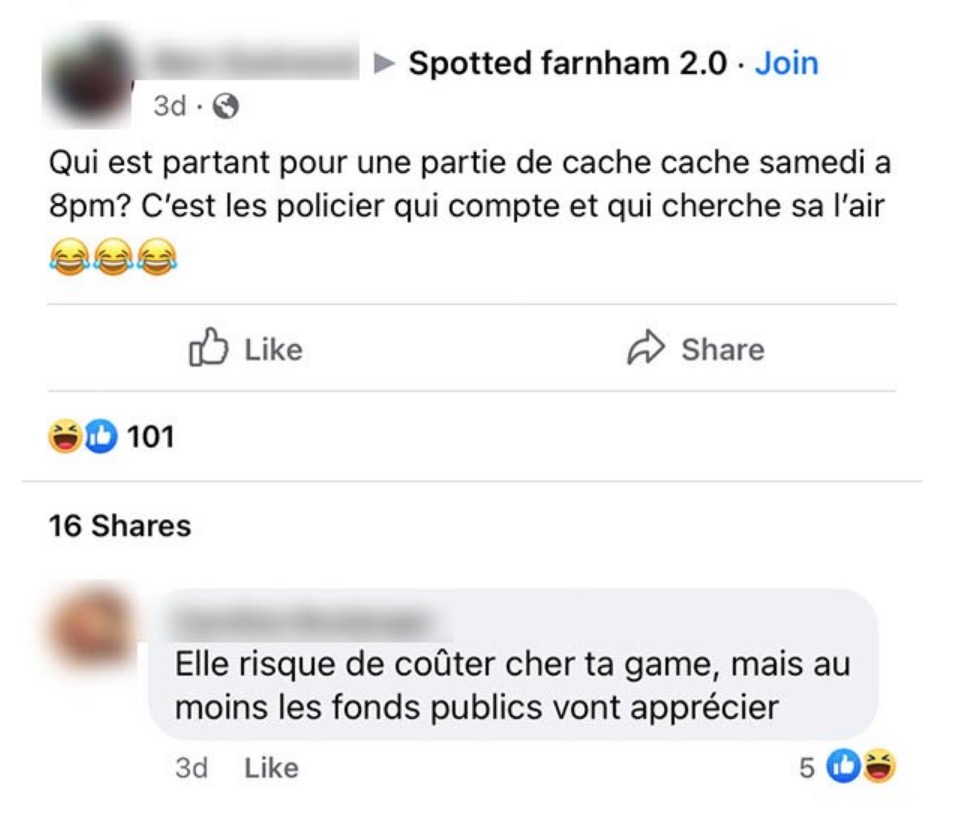 He later specifies that it's a joke 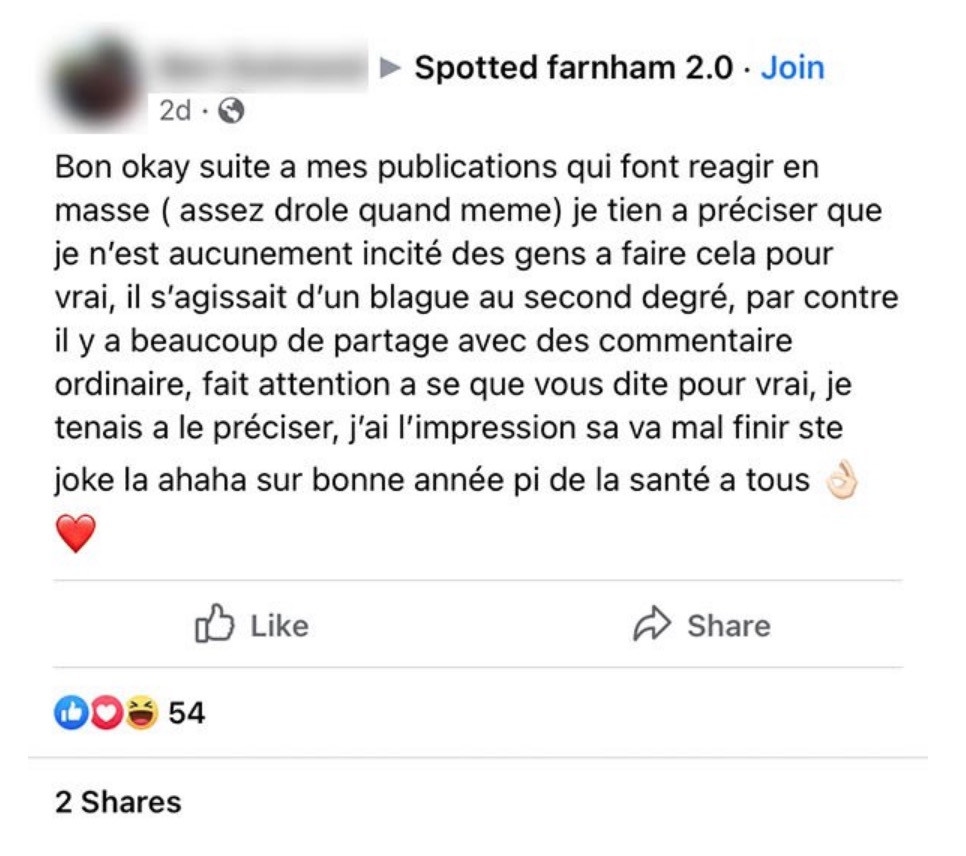 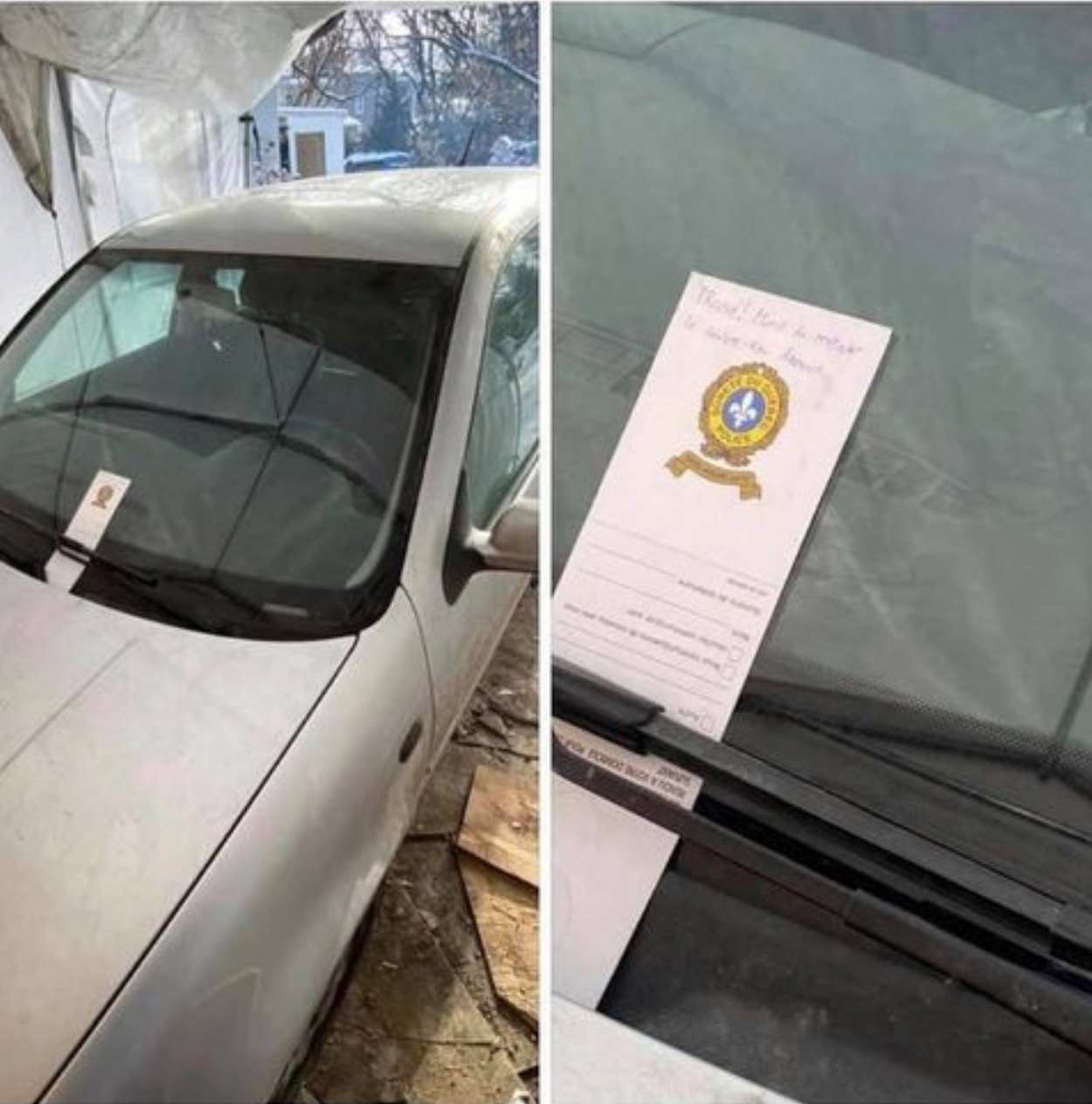 We can read: “Found! Please respect the curfew tomorrow » 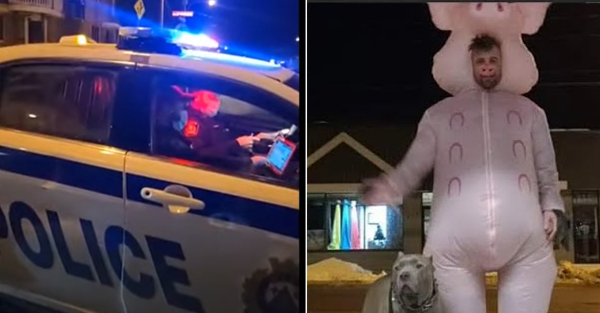