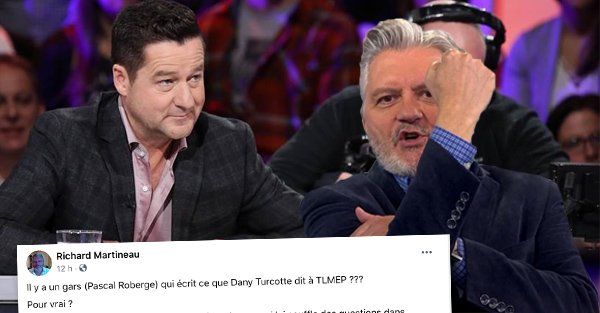 Richard Martineau had a comment to make on the work of Dany Turcotte à Everyone speaks. He finds it very surprising that someone is an author for Dany Turcotte. He mentioned: "There is a guy (Pascal Roberge) who writes what Dany Turcotte says to TLMEP ??? For real? In addition to the boxes that Guy A reads, by André Ducharme who whispers questions to him in the atria and telepuffers? Calvary!!!! Me, at the Francs-Tireurs, I read the document that the researcher sent me and then, once the cameras were on… I made arrangements! Alone! Like a big!". He also attached a screenshot where we see in the credits the name of Pascal Roberge with his role of author for Dany. 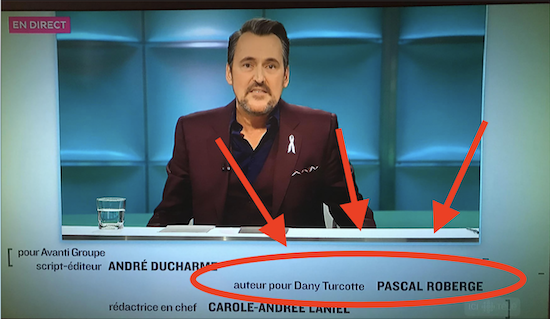 In another publication, Richard wrote the exchange between Dany Turcotte and Mathieu Bock-Côté. We can read: 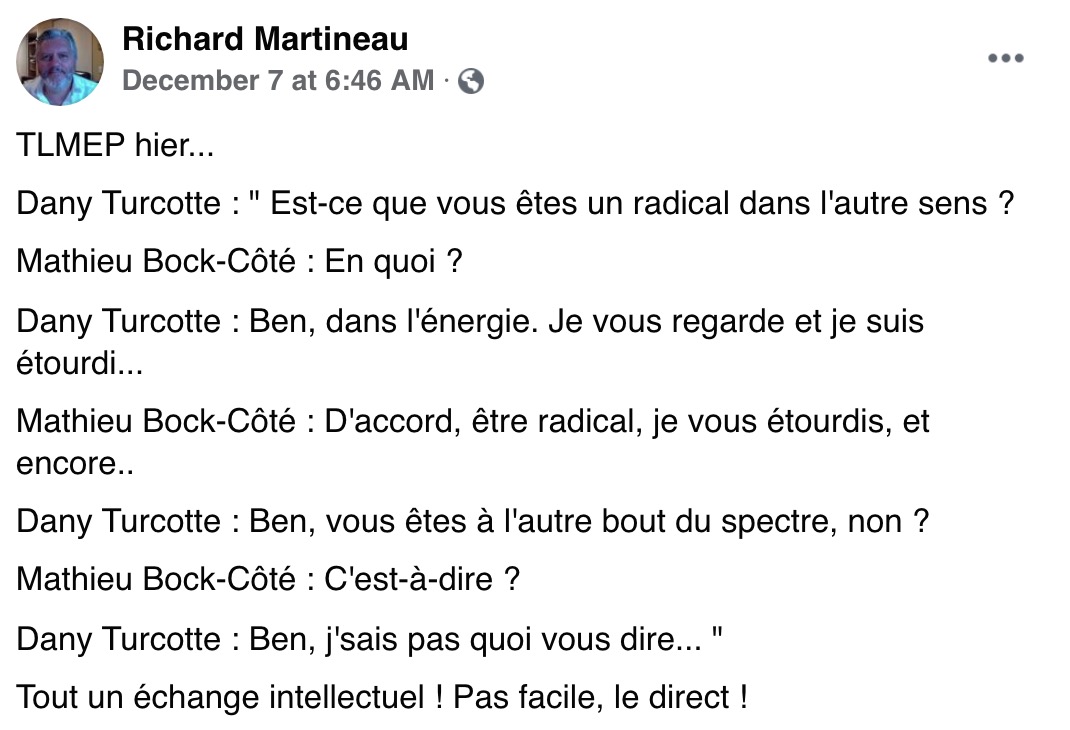 Dany Turcotte commented on everything with self-mockery

Good player, Dany Turcotte shared a funny meme on the subject. You could say he has a sense of self-mockery, and that's a great quality. Sharing the image, Dany wrote: “People laugh at me everywhere on the "internet" with this photo and honestly, I also find it very funny!». 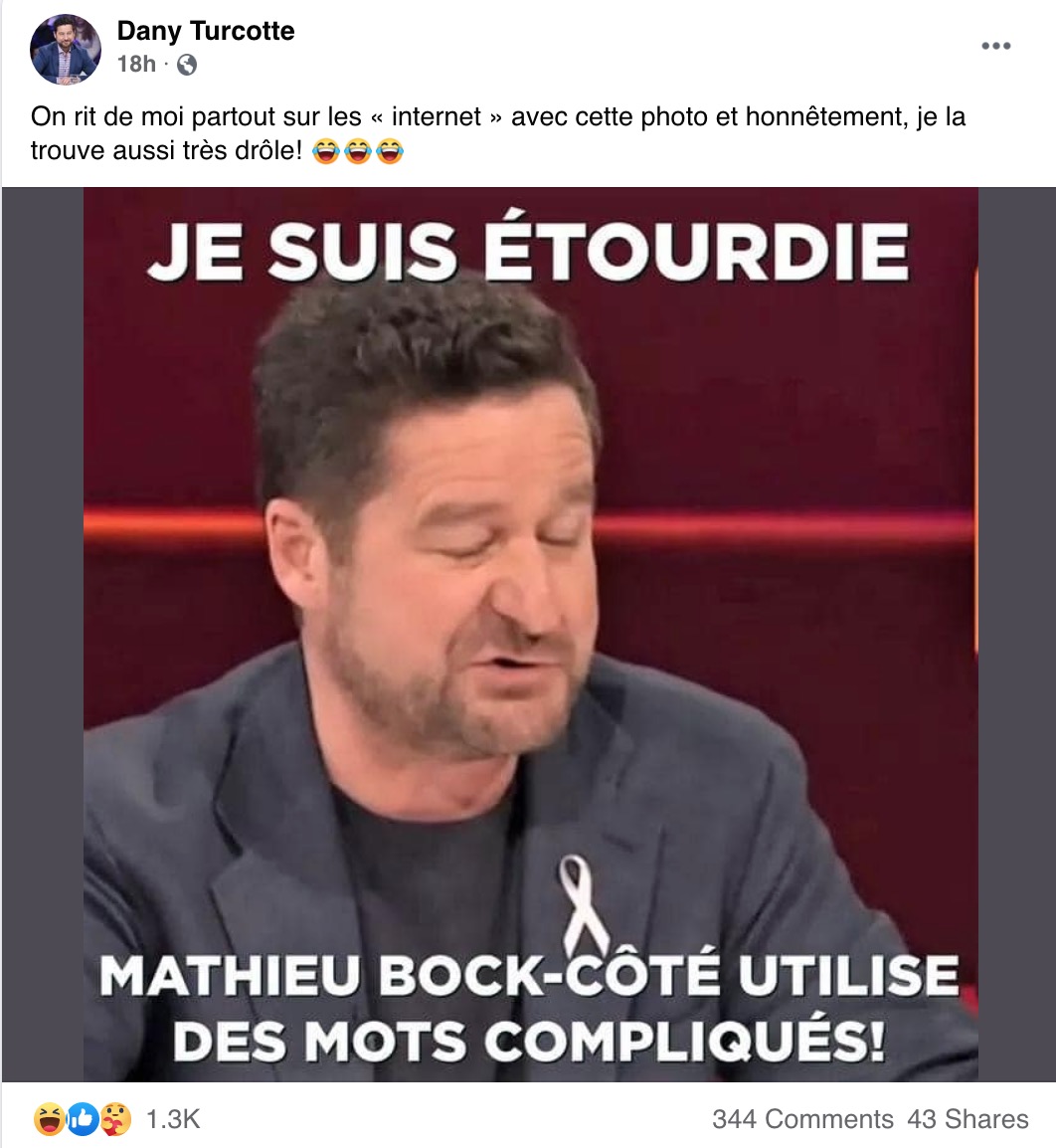