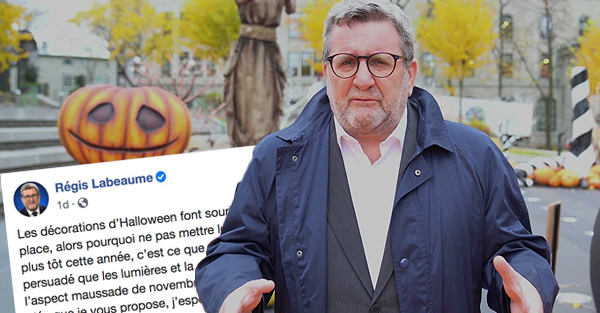 The mayor of Quebec Regis Labeaume decided to fight the darkness. In this video, he explains to us that with the change of time and the short days of November, it would be really interesting to put on his Christmas lights as early as possible this year. Quebec City has bought a lot of decorations to make the streets light up with the magic of Christmas. He invites the citizens of Quebec to do the same.

By posting this video, we can read: "Halloween decorations bring a smile, they change places, so why not put on the Christmas decorations a little earlier this year, that's what we'll be doing in the City. I am convinced that the lights and the color of the ornaments can compensate for the gloomy aspect of November and its lack of clarity. It is an idea that I propose to you, I hope that many of you will be on board.»