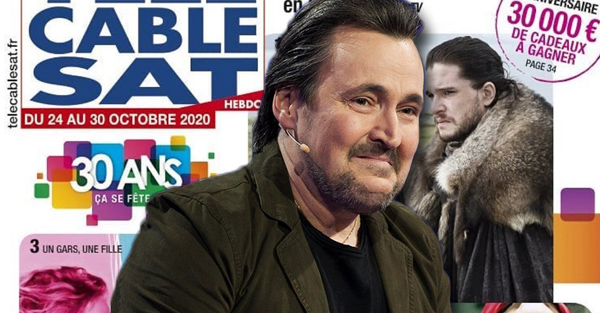 Guy A Lepage is very proud of this European news

Everyone remembers the great show A boy a girl broadcast on Radio-Canada from May 1, 1997 and March 31, 2003. We can say that Guy A Lepage et Sylvie Leonard were an engaging and entertaining couple in this series. We were treated to 130 episodes, 1 special, 1 documentary and 28 thematic shows! The series is a creation of Guy A Lepage, and he is very proud of it (with good reason).

According to @telecablesathebdo: A guy, A girl is the 3rd favorite series of the French after Games of Throne and La Casa de Papel. I am delighted. Bravo @jeandujardin and @alexandralamyofficiel. This series will have changed our life 👏👏👏