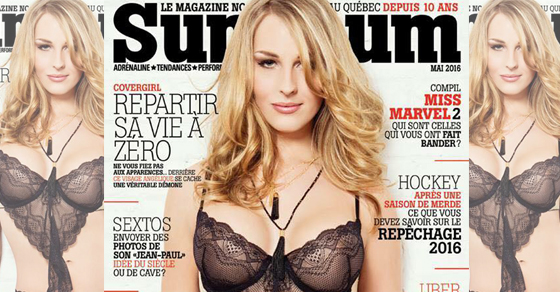 A transgender person on the front page of Summum magazine

A first for Summum magazine which decided to include a transgender person for the cover of its magazine. 27-year-old Jesyka Szopko can be seen posing on the front page of the magazine in a negligee. I admit that I quite agree with Judith Lussier's comment “I smirk at the thought of the cognitive dissonance this will create in Summum readers". You can read more about Jessyka in the magazine, on Hollywood PQ we are told: "Jesyka was born a biological male. Until she was 21, she thought she was gay. It was by becoming a Drag Queen that she was able to feel good, dressed and made up like a woman. ”. Bravo for the audacity!