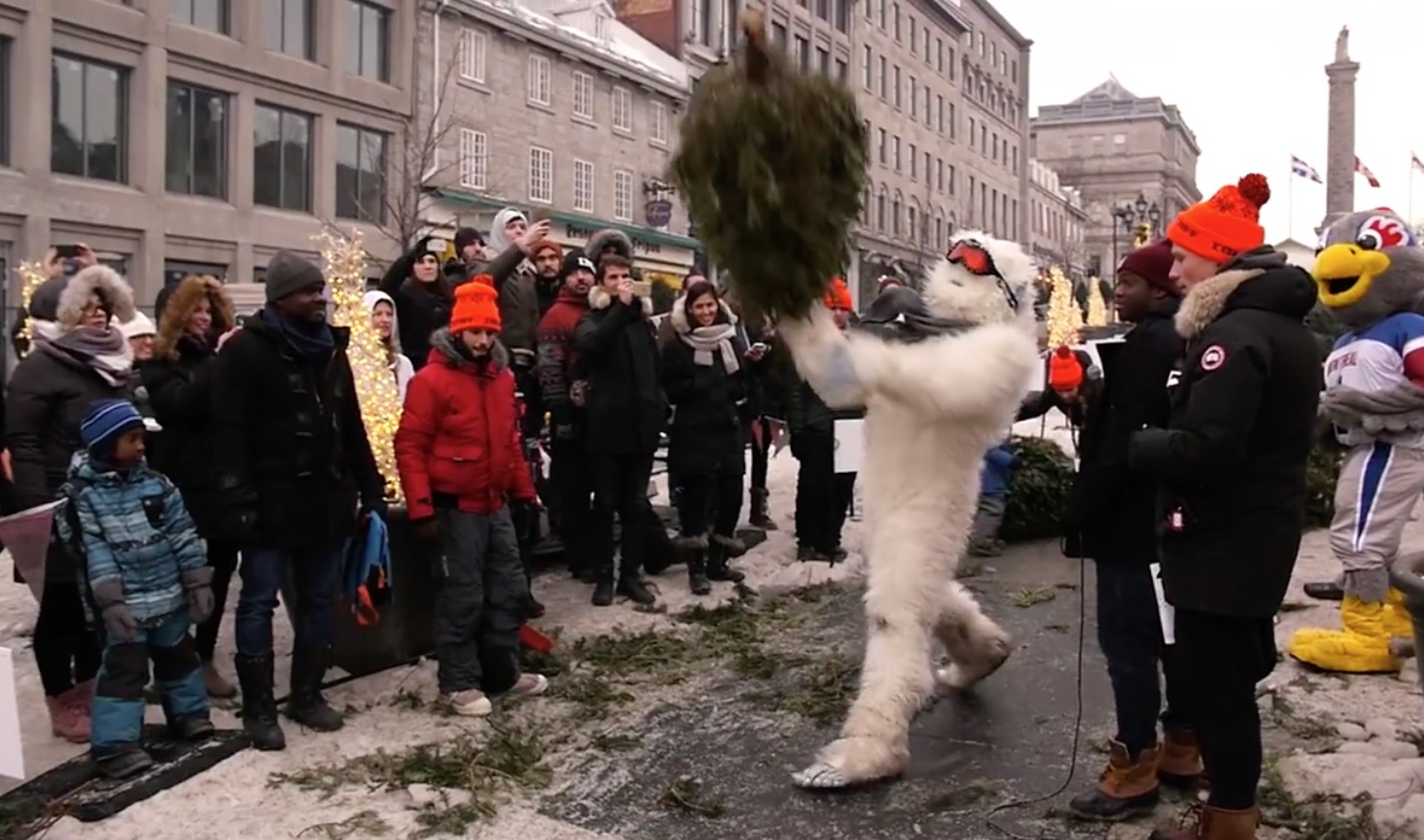 Last Saturday took place, in the cool district of Old MontrealThe 1st Pan American Fir Throwing Competition. Yes, yes, we really threw trees and it's frankly the ! Presented by Igloofest et MTL fir in collaboration with the SDC Old Montreal, this unusual competition attracted a lot of people and some public figures including Jean-René Dufort, Mc Gilles, Brendan Gallagher… I had no choice but to play the game, and launch my first tree for life (yééé). My duel with Infoman was not to my advantage, I so wanted to win more! Everyone was smiling during this activity, and I have no choice but to give a lot of love to the comedian Kevin Raphael who animated the day with humor! Next year, I will definitely go back!

It is the start of a great adventure with the people of Old Montreal, several other capsules will be published soon to present this top neighborhood, yes!

Neighborhood life | Throwing the treeWe sent Petit Petit Gamin attend the Pan-American premiere of the Christmas tree toss as part of Igloofest with Sapin MTL! Special thanks to Infoman and MC Gilles for their contribution;) Video: Be Happy Production