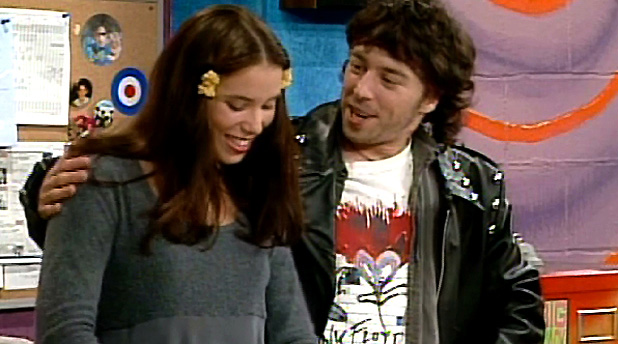 Will there be a sequel to the Radio Enfer program that was broadcast at the time on Canal Famille?

Blogger Elizabeth Lepage-Boily from Showbiz.net recently did an interview with actor François Chénier. She did not have the choice to ask if he would embark on a sequel to the Radio Enfer program which was broadcast on Canal Famille at the time. His answer has something to sparkle the eyes of all fans of this popular show: "Yes, I would get into that, that's for sure. Same as Guillaume (Lemay-Thivierge) wanted to make a film on "What are they now?" - 20 years later. But it is a project, it will surely not be done, or at least it is not yet done. ».

To then warn of the pitfalls of a sequel: " Yes, but we mustn't screw up. We had tried. I had meetings with the producer, there are people who wanted a Radio Enfer 2.0, where Carl would have become the principal of the school. Jocelyne would still have been there as co-director, but Michel Charette didn't interest her. You can't duplicate the magic that happened 20 years ago. I'm not sure it would be that funny. Coming back to come back is not necessarily a good idea. ».

François also spoke of a one-hour special that could be an option, he told us that everyone would get on board. You can read the full interview on the website of Showbizz.