Well no, that's not true, as a good Conservative, he's probably even against assisted suicide (or help at the end of life, to be softer). In fact, the Senator Pierre-Hugues Boisvenu created quite a scandal today [see it letter to the senator from Véronique Robert on the newspaper's blog See] by declaring that according to him, "each assassin would have the right to his rope in his cell and will decide his life". Worse if you want to abolish the gun registry, why not give them a gun, a party shot?

The most astonishing thing in all of history is that Senator Boisvenu has declared himself against the death penalty. Can you explain to me exactly how giving a rope to a lifer differs from the death penalty? Because the inmate has free will to hang himself or not? At the same time, Boisvenu is not at his first contradiction, and we should not forget who appointed him to the post of Senator ... [spoiler: it's Stephen Harper!] 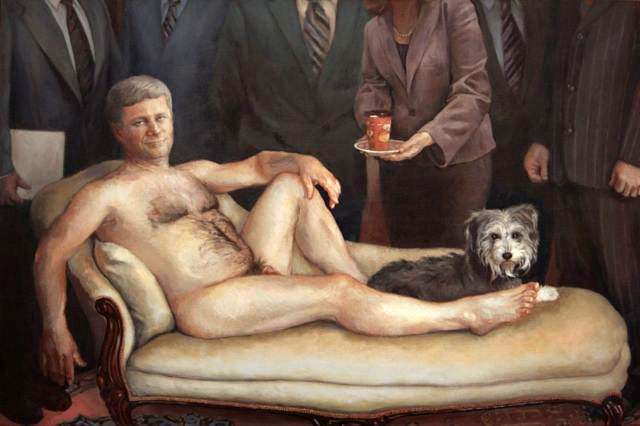 The Canadian election, seen by host John Oliver / A frankly funny video that aims to convince you not to vote for Harper