The most expensive apartment in Montreal?

We often complain about the exorbitant price of rents on the Plateau Mont-Royal, and here is an ad for an apartment that is no exception to the rule. Behind the facade of the Sir Mortimer B. Davis YHMA building, at 200-265 avenue du Mont-Royal, hides a sumptuous modern 6313 square foot open-plan palace with heated ceramic floors, double-height 14 ″ ceilings. , terrace with breathtaking views of Jeanne-Mance Park and Mont-Royal and, hold on tight, a semi-Olympic 25m swimming pool. The property has just been put up for sale for the tidy sum of 5 900 000 $ (you read that right, five million nine hundred thousand dollars) on the website of the international broker Sotheby's (the same one who deals with the sale of works by Van Gogh, Picasso and company). At that price, it's almost a bargain! Who is feeling lucky? 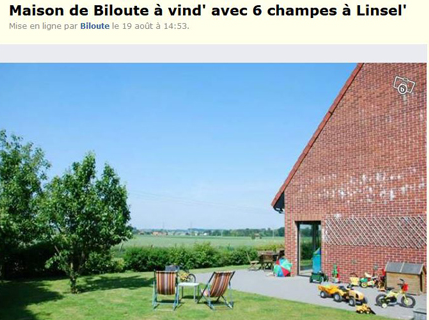 An advertisement to sell his house impossible to understand!