Osheaga 2011 you are so fruity

I wake up this morning a little messed up. My hair is curly and tucked on my forehead, my legs weigh 200 pounds, and I've tanned in a tank top. Am I beautiful after the 3 days of Osheaga? No, because this festival is sport. I almost should have subscribed to Énergie Cardio for 1 month, just to be ready (like Francis) for this marathon of shows. Instead of telling you about my favorites, disappointments or the programming, I more want to tell you my anecdotes (I feel like a grandpa, do you want pepermans son?).

While waiting for Eminem to come, in the compact crowd where the heat reigned and the beer was not enough to cool me off, I then felt a tingling on my right leg. I would even say a little sweetness, even that my left leg had become jealous of the right. In this happiness of refueling, I said to myself: what is going on behind me? A caress? A miracle? An oasis? A beach with Pamela running in her famous undersized red swimsuit? I turn around, with a mega smile on my face, to realize that the guy behind me was relieving his strong urge / he was pissing a lake, a river, a river, Niagara Falls II… You don't even know not how I jumped like an astronaut in zero gravity to get away from this douchebag which improvises a toilet behind me. I didn't even flex my legs to take off. For a moment I felt like a tree in the street seeing a dog arrive on its daily walk with its master.

I also met a girl who called herself a “Whippet Girl”. If you don't understand it's black on the outside and white on the inside. She doesn't have a dime of black in her other than her color. She does not speak Creole despite being Haitian, does not listen to rap or kompa, does not know the Griot meal (not oatmeal, Griot) and she thought that Wyclef was the president of Haiti (I exaggerates a bit). I felt so black and I didn't need to put on makeup this time around (Yes!).

"We meet at the tree on the right" I receive this text message from a friend of mine. It was then that I understood that there are a lot of trees in Parc Jean-Drapeau, I couldn't find my friend, I just saw trees. I even thought at one point that we were playing hideout or Marco Polo without a pool. On the right when you watch the stage it is not the same as the right when you are on the stage. We found each other anyway, but I am in favor of creating a “spot” to meet people. Plus it's cool to say we meet at the “spot” (every time I write spot I do the Spook hand move).

I also had the heavy task of telling my friend, who arrived with an Elvis Presley jersey, that it was Elvis Costello playing tonight. If that was just that, then I told him about the death of the "King". His father had always kept the truth from him. Afterwards, we met a girl who looked like Amy Winehouse, my friend (I didn't want to rewrite friend, vocabulary here) said to me "Man I can't believe it, we just met Amy, I would like her so much. do a show in Montreal soon ”I said nothing! I didn't want to have the thankless task of telling him that all his idols are gone yet.

Big sun until Cypress Hill got on the scene. There was so much smoke during their concert that I was sure that the resplendent Colette at TVA and the kind Jocelyne from Radio-Canada were going to change the afternoon weather forecast to say "there is a huge cloud coming. to appear, it's incredible, there's going to be a thunderstorm, hang in there ”.

After that it was good shows all the time.

Flaming Lips, is certainly a very good choice to end a festival. Confetti, color, a singer far too charismatic and a wedding on stage, it was getting too grandiose. As much as the hot dogs you eat after waiting for them for 15 minutes in line (I almost asked the cook for the recipe). Around me the world was crying, I was trying, I wanted to be in the gang, it wasn't working. I then met my friend who was doing crowd surfing, that's where I cried (of jealousy). Me and my thugs (I call them that my friends) were exhausted. Despite everything my boy gave everything (final sprint) to cruiser a little English girl who was scratching the backs of the guys to advance in the crowd. It was the end of the festival that fulfilled all my expectations.

The top weekend ends in a subway corridor where everyone sang the Beatles in chorus. That's when I was like "Ok Osheaga I love you, you are my Woodstock, and I can't wait to see you again next year". While my friend said to me "I would love so much for John Lennon to go to Montreal to do a show, that would be great". 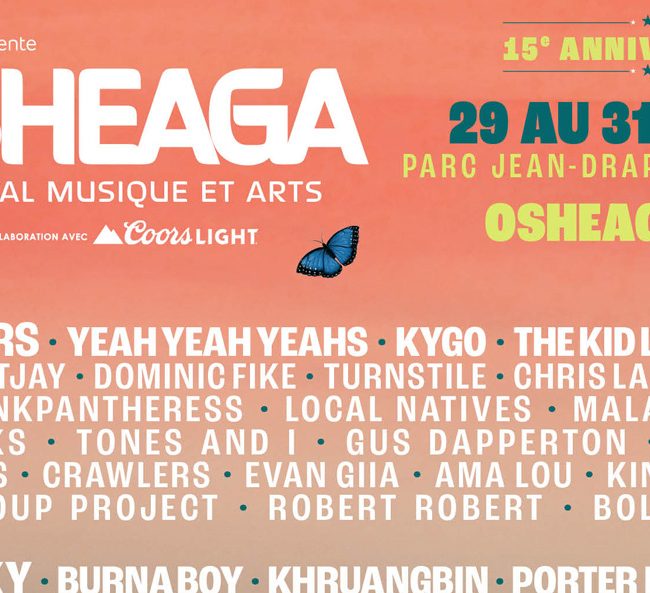 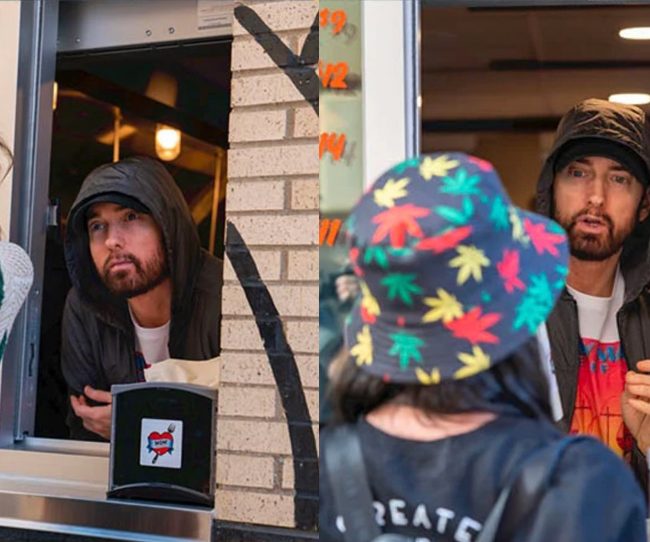